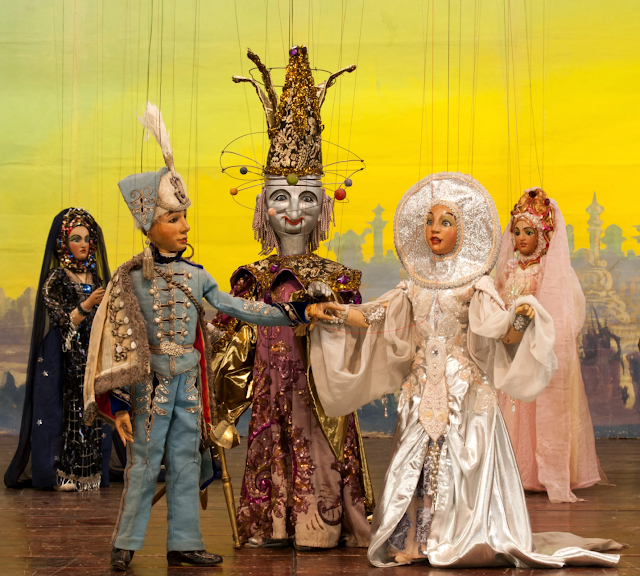 Each weekend, Saturday and Sunday only, you'll be able to see one of legendary productions of the famous marionette company Carlo Colla & Figli of Milan. This weekend, "From the Earth to the Moon", after the novel by Jules Verne, written in 1865, with music from Jacques Offenbach's operetta "Le Voyage dans la lune". Carlo Colla's first marionette production of this show was in 1898.

Only today Saturday 23 and Sunday 24 May will be online "From Earth to the Moon", by the Fondazione Carlo Colla & Figli, which comes from Jules Verne's novel of 1865.

In 1898 Charles II Colla put hand to the lyrics to create a version suitable for puppet representation. The Company worked on making puppets, hand scolding them and making their clothes. The sets were commissioned by Antonio Rovescalli, to be integrated by Ugo Bellio, Achilles Lualdi, scenographers of the Teatro alla Scala, in the early 900. s.

A work of artisan effort that led to the show "From Earth to the Moon", with puppets impersonating Terrestrials and Lunari, achieving a great success.

In 1993 a new version of the show was presented at the Festival dei Due Mondi in Spoleto, last represented at Piccolo Teatro Grassi at the end of December 2019.
Email ThisBlogThis!Share to TwitterShare to FacebookShare to Pinterest
Labels: adaption, live, media, performance, streaming, toy theatre