I've discovered an exciting duo of performers, named Raisa Veikkola and Frida Alvinzi.  I love how they are willing to use old-style ideas and make them really pop!!

Take a look at the still shots below, followed by two videos, to get a taste of what they have done so far... 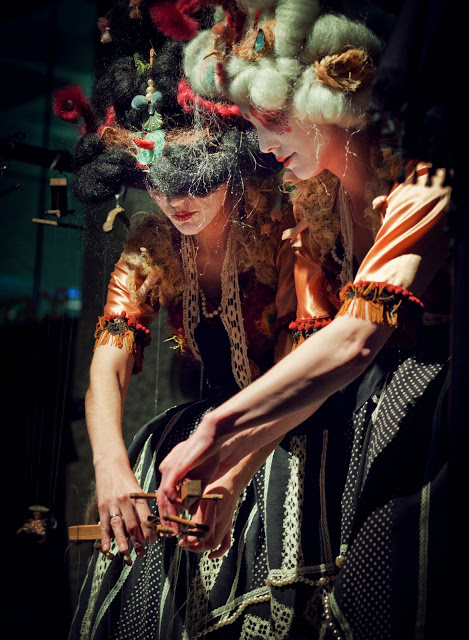 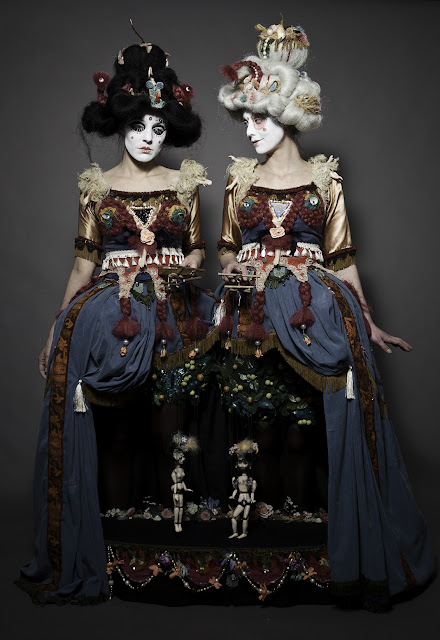 The Holy Dress is a creation story that draws on ancient cosmic origination myths. From a universal egg a thought was born that evolves into Eve and Adam.

This story of creation happens inside of a dress and both puppeteers are stuck inside. They work as the dual forces: the night and day, dark and light,good and evil manipulate the elements of creation.

In beautifully crafted sceneries the audience gets to experience magical realities and stories acted by exquisite hand made puppets that all have been created by The Little Theatre of Dolls. 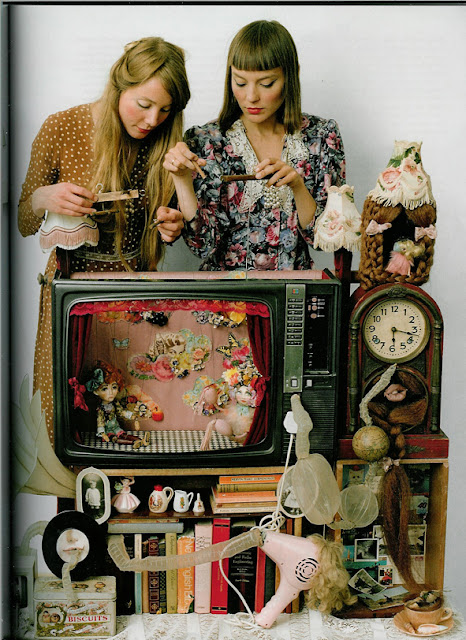 The Story Machine is a magical technicolor love story about a girl and a boy trapped inside a television with nothing but objects of desire. Using puppets and live action, The Little Theatre of Dolls has created a surreal world made out of recycled materials and charity shop treasures - and in this world anything is possible. The Story Machine is also a satire of our world of consumer-driven greed.

The puppeteers shown as the mystical masters of the universe seem to know the secrets of the story they tell, using the machine as the tool of creation. The piece shows the confusion in being human and over the collective consciousness of memories. The machine wants to transform the characters into what they desire; to transform it's victims and to make them transcend between worlds and to constantly capture their imagination. 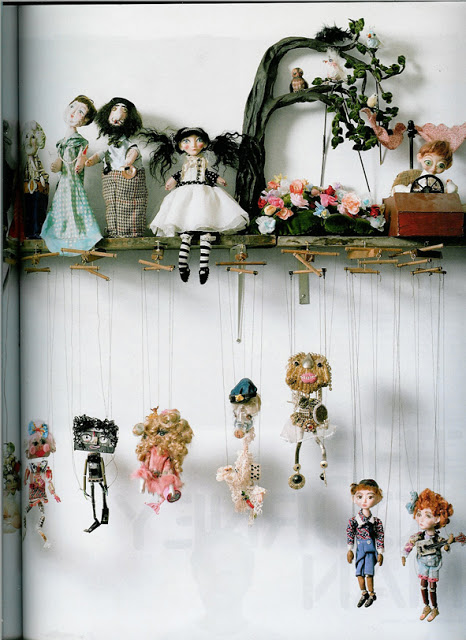 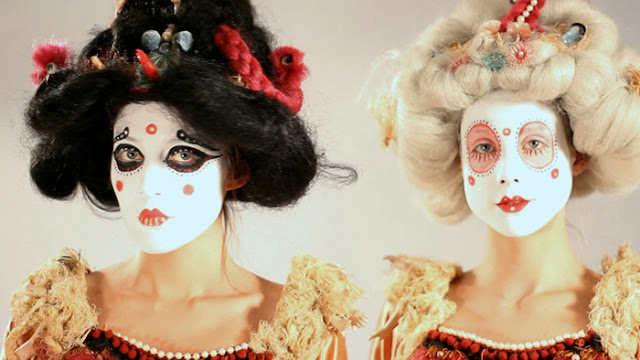 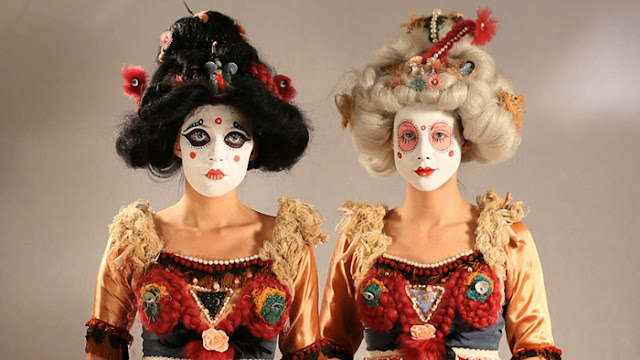 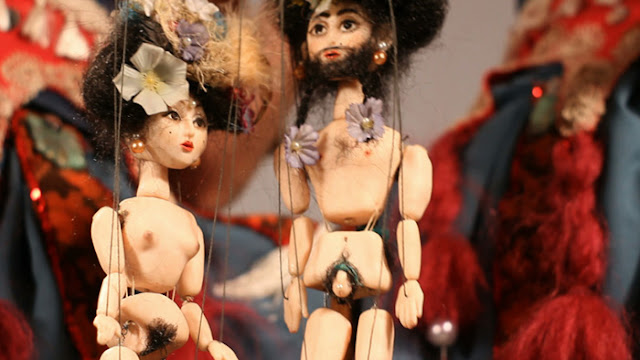 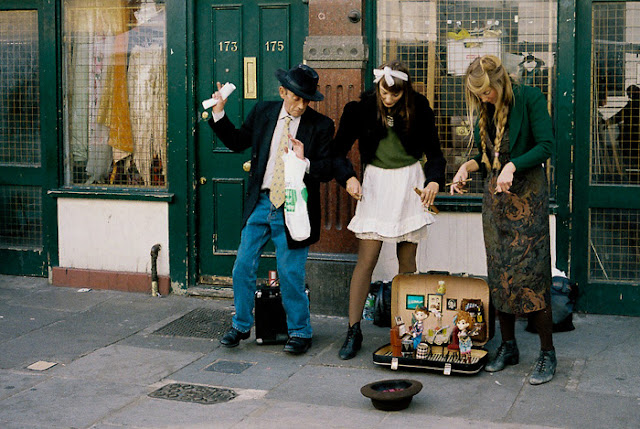 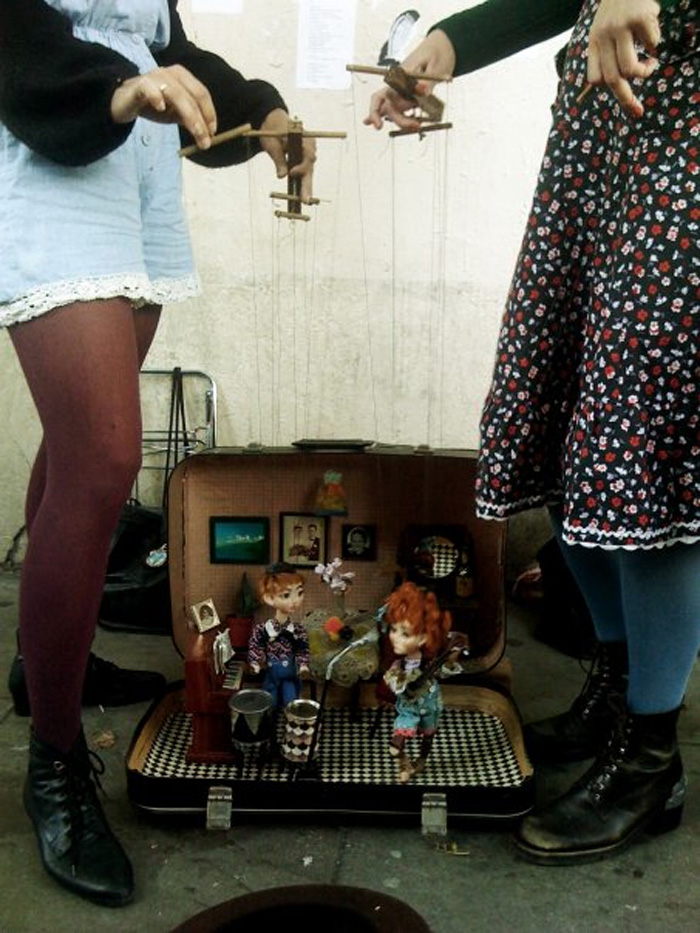 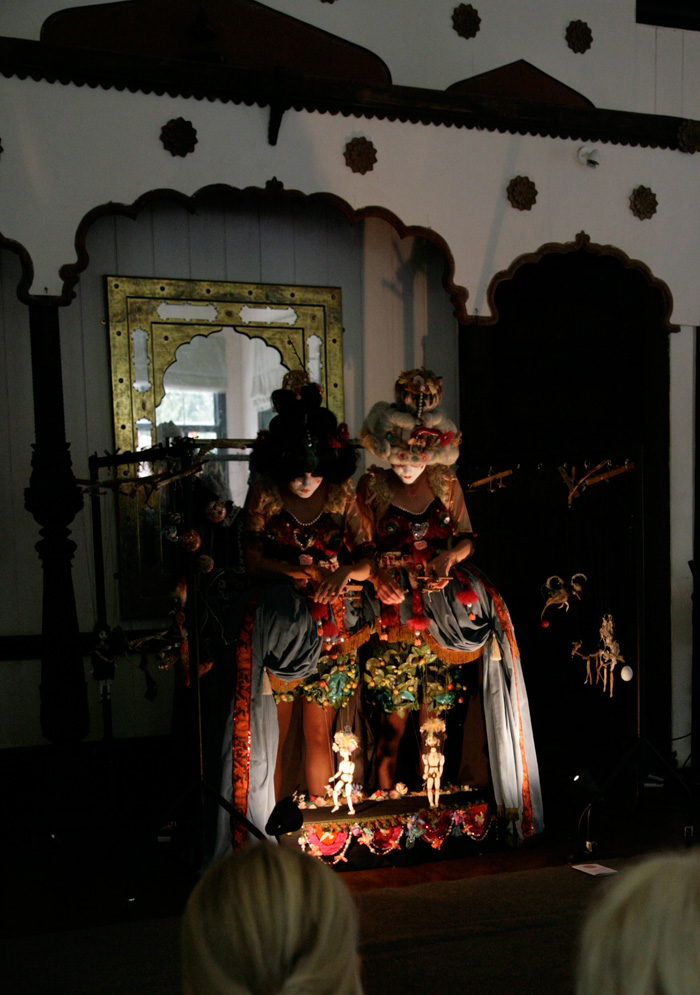 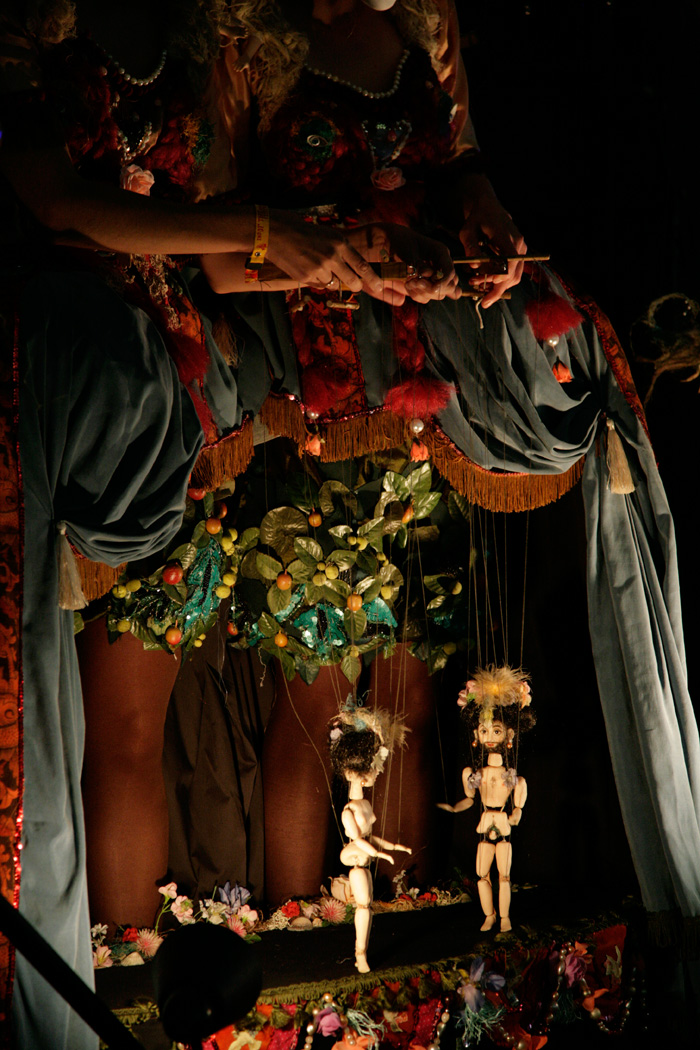 The Story Machine from Raisa Veikkola & Frida Alvinzi on Vimeo.


The Holy Dress from Rainstar Boutique on Vimeo.


Much of the evening’s enchantment springs from Phelim McDermott’s inventive direction, which plays deliciously with theatrical conventions, setting the action within a Pollock’s toy theatre (beautifully designed by Tom Pye), and then shattering the fourth wall with direct address...

A must-see on the London stage through January 30th, this production of the classic tale A CHRISTMAS CAROL incorporates strong elements of toy theatre.


An amazing stop-motion film is about to be released, entitled "Anomalisa".

It's nice to see the older technologies still not only being done, but being done brilliantly.

It's a painstaking process, taking much longer to set up and film shots than in live-action.  But if done right, it's something very special.

In one of the first reviews, the writer states,


Anomalisa is a movie with wit to burn and enough incidental touches that the total achievement feels immense.

A Humble Tribute to Benjamin Pollock 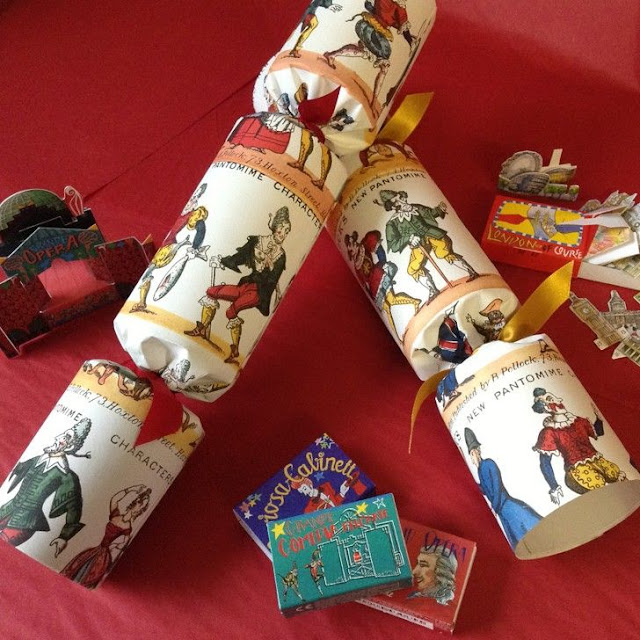