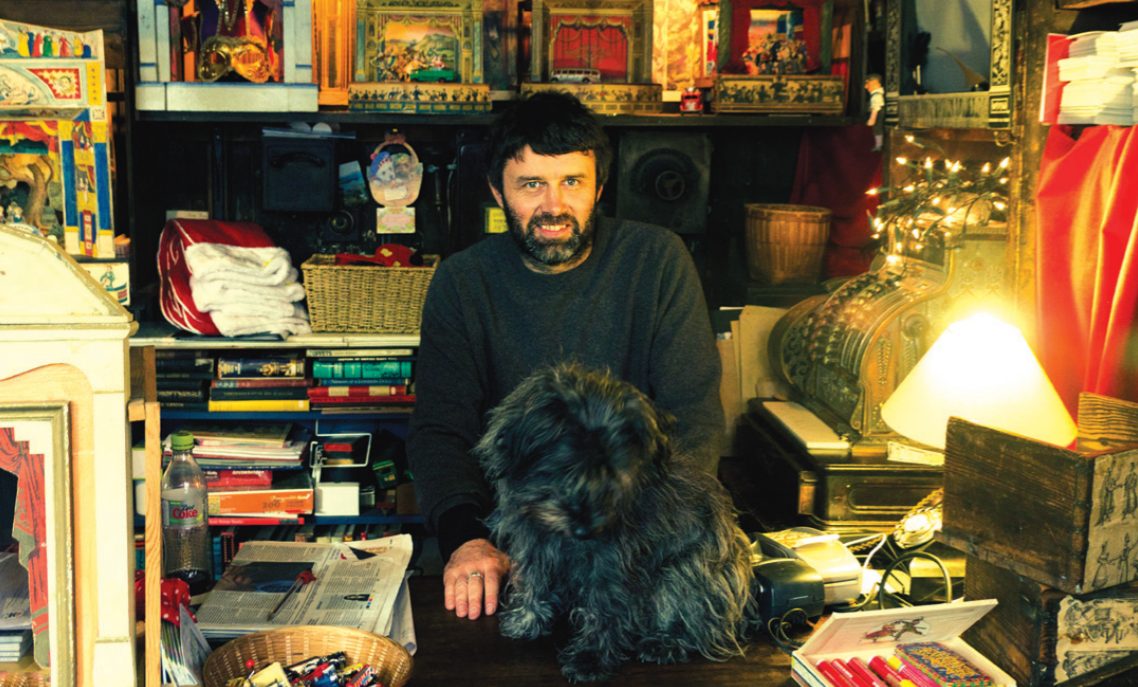 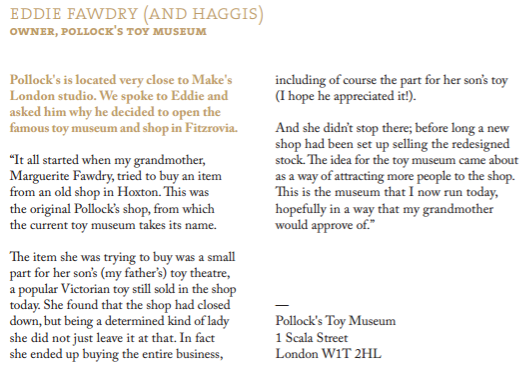 Awhile back a profile was done of the museum, by none other than Professor Ronald Hutton, which is lovely indeed for those of us halfway around the world who may never get to visit there in person. It is, in a limited sense, a virtual tour. Enjoy this clip from the program that featured the Pollock's Toy Museum...

Eddy Fawdry (and his wee dog Haggis) preside over this strange secret world of vintage toys, which he inherited from his grandparents and they from the Hoxton-based Pollock family, which made famous toy theaters. In room after creaky room, history stares back at you with doll’s eyes: puppets, Gollywogs, the 1921 forerunner to G.I. Joe (Swiss Action Man), doll’s houses, mechanical cast-iron banks, 1950s rocket toys, a board game based on the Falkland Islands invasion that was banned for being in poor taste. Stories are everywhere and the kitsch factor is through the roof, which brings us to the quirky, spirited building, which has been left leaning and unrestored since its erection in the 1780s (but received a new roof after the Luftwaffe blew off the original one). The ground-floor shop stocks unusual, hard-to-find toys that don’t cost much, including handmade items and cardboard theaters—the original inspiration for this one-of-a-kind time warp.