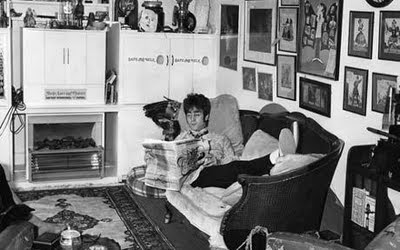 I've tried to find out more about this image, and what (if any) connection John Lennon had with toy theatre, but haven't been able to track anything down through research (yet...) But if you take a close look, he's got a lot of juvenile drama art on the walls around him. Intriguing...
No comments:
Email ThisBlogThis!Share to TwitterShare to FacebookShare to Pinterest
Labels: art, Collection, collectors, toy theatre 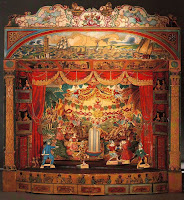 A new toy theatre exhibit is coming up this July on the west coast of America...

Toy Theatres: Worlds in Miniature is an exhibit being presented by the Museum of Performance & Design in San Francisco. Right now the website only hints at the exhibition, but more details will be forthcoming in the near future. For now, it's being described as featuring "...21 rare models from seven countries, dating from the 18th century to the present." 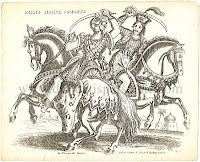