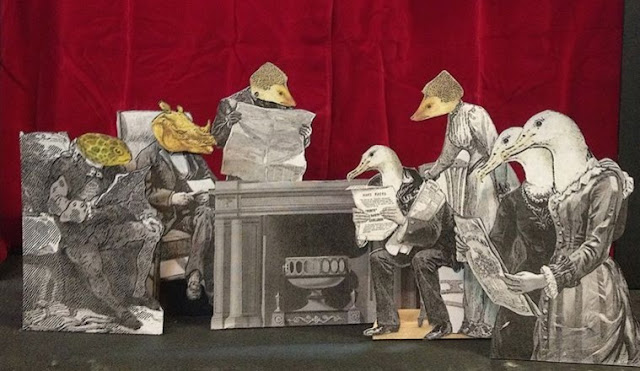 "An entrancing production. For sheer power to haunt the imagination…it’s hard to picture anything surpassing 69°S.” - The Boston Globe

"A remarkable achievement of multimedia artistry, the spellbinding 69ºS. is like nothing you've ever seen before.”
– Backstage

“Imagine the laboratory of a Victorian-age mad genius, and you’d probably come up with something like the Tribeca apartment of…Erik Sanko.”
– Village Voice

Phantom Limb Company’s 69 Degrees South may be  first production staged at the Brooklyn Academy of Music’s Next Wave Festival to require a sojourn in Antarctica to make aural recordings. The company’s principals, set designer Jessica Grindstaff and puppeteer Erik Sanko, received a National Science Foundation Artists and Writers grant to capture the sounds of ice cracking, wind shearing, and feet trudging through the snow—all part of their layered spectacle opening April 28 2020, running through May 3rd. 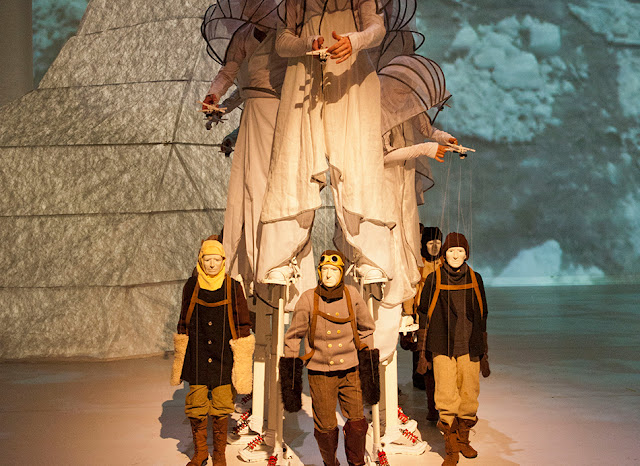