Coming in July: The Smallest Show on Earth! 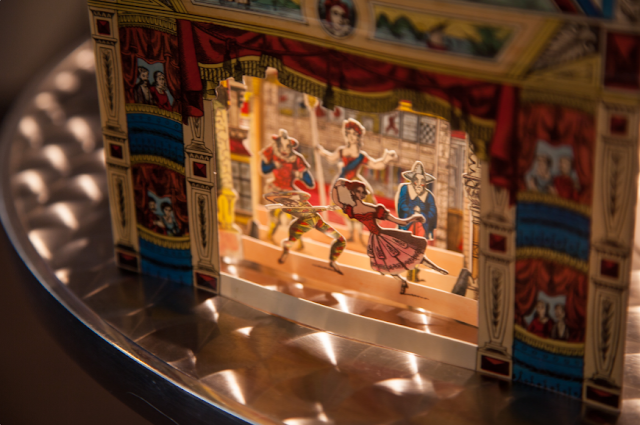 Coming up next month in July: The Geisel Library's annual Paper Theatre Festival, aka

Every year, the UC San Diego Library hosts a Paper Theatre Festival, celebrating an art form with roots in Victorian Era Europe. Paper theatres, also known as toy theatres, were used to promote productions. They were printed on paperboard sheets and sold as kits at the concession stand of an opera house, playhouse, or vaudeville theater. The kits were then assembled at home and plays were performed for family members and guests, sometimes with live musical accompaniment. The theaters gradually declined in popularity during the late 19th and early 20th centuries, but have enjoyed a resurgence in interest in recent years among many puppeteers, filmmakers, theater historians, and hobbyists. Presently, there are numerous international paper theater festivals throughout the Americas and Europe, as well as several museums.