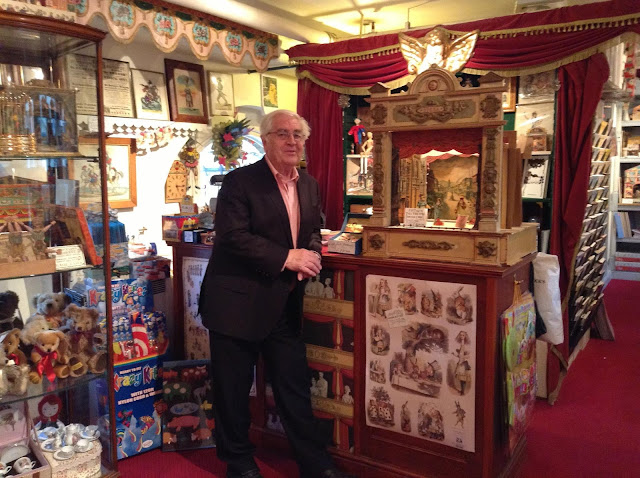 Our dear friend, colleague and partner in the business of 'Pollockry' has died after a short illness. 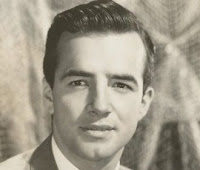 A classically trained actor, he loved popular culture as much as the serious stage and was best known by the public for his role as Derek Wilton in the British television series, Coronation Street. He was known by the world of toy theatre as an expert, practitioner and collector in the art form. After he was given a toy theatre by his parents for his twelfth birthday, he became fascinated with the miniature theatre which was a lifelong love. He interspersed his acting with work at Pollock's Toy Museum and in 1980 became the manager of Benjamin Pollock's Toy Shop in Covent Garden, which he subsequently took over. He remained a partner and up until earlier this year he could be found working behind the counter in his shop.

He leaves his children, Julia and Matthew and his grandchildren, his brother Christopher (his former business partner) and a legacy to English Theatre (albeit the miniature one), and Theatreland/Covent Garden with the continuation of Benjamin Pollock's Toyshop.

It's a panoramic scene, rolled up like an open scroll on two spindles, that are hand-cranked so that it scrolls across a backlit "viewing screen".

An example of a crankie, by the talented Katherine Fahey; I can hardly wait to see her recent work for an upcoming film, coming out in 2016.  According to Katherine, It will be a film about "...a traveling story teller, who uses a crankie to tell the story of the American revolution through 6 different people who lived through it.  Among them, a housewife, a native american man, and an African american man.  These stories are taken from actual oral histories of people who lived at the time."  Sounds amazing, and it will be a GIANT crankie, the biggest she's ever made! 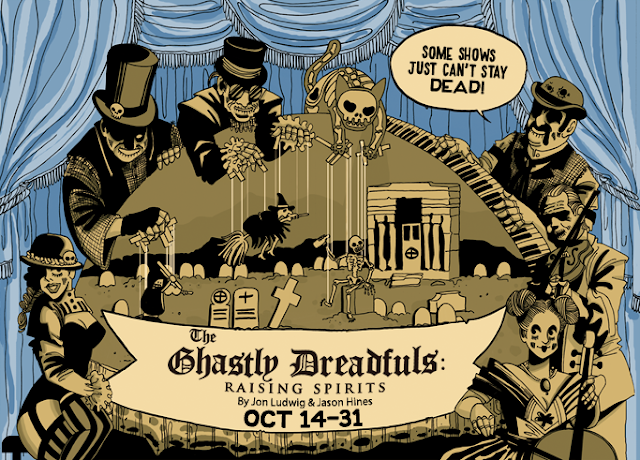 An amazing show called "The Ghastly Dreadfuls:  Raising Spirits" is being performed right now, through October 31st, at the Center for Puppetry Arts in Atlanta, Georgia.


Reporters...recently had the pleasure of attending a performance of the award-winning The Ghastly Dreadfuls, and were astounded by the beautiful mixture of live music and dance combined with incredible elaborate puppet shorts. From the set design to the choreography, this production proved to be one of the most cleverly crafted and executed theater sets this reporter has seen in recent years.

A well rounded production introduced the audience to the Dreadful Family of ghouls who rise from the grave during this time of year and take human form. Rising from the dead, it seems, involves a lot of wonderful showmanship and musicianship in Victorian inspired costuming. Each of the Dreadful is introduced in turn by the ring master of this frightful circus, Simply Dreadful.

The show continues by interspersing vaudeville styles shows with a selection of puppet vignettes representing puppet stories from around the globe. Some of the vignettes include songs such as the opener, “La Petite Vampyr,” and others work through voice over or dramatization, such as the compelling “11:59″. Not one of the pieces or songs fell flat. In a very real way, this production combined the best of early 20th century live theater with the best of modern puppetry.

- Ghastly Dreadfuls Sell Out at Center for Puppetry Arts 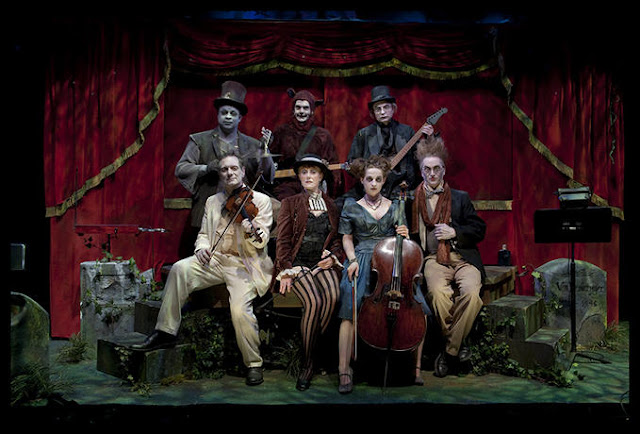 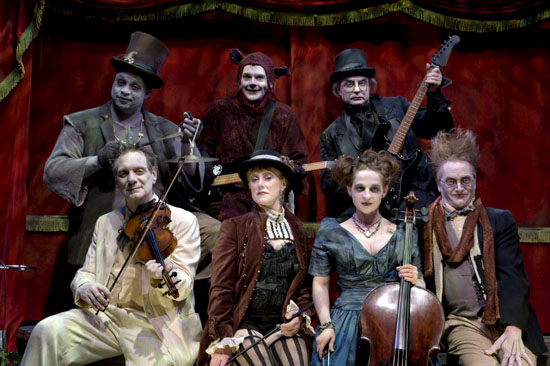 All portraits by Clay Walker 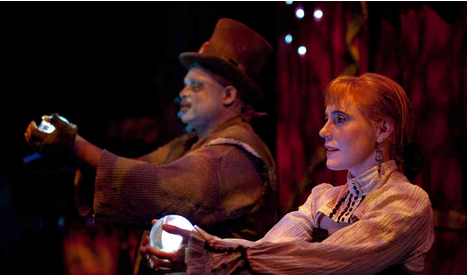