Wilton's Music Hall has been hosting an exhibition that includes a very special toy theatre.  I will let the artist and creator of this toy theatre - Fann (Peeticha) Kongrit - tell you all about it...

It began when I joined a group called The Storybox Collective. It is a group of ten designers and illustrators who have explored the potential of archival research in order to introduce their audience to a curious world of discovery and serendipity.

Our first group exhibition - ‘Storybox: Tales of Absence, “What ifs” and Salvation’ - was inspired by the archives of London’s celebrated Wilton’s Music Hall and we have interpreted the world of Wilton’s that was, that is and that could be through a series of new artwork.

Archival collections present a vast wealth of opportunity for discovering creative inspiration and surprising revelations. The Wilton’s collection contains hints and clues to not just the history of the building and its environment, but to the many fascinating people who walked the hallways of the world’s oldest grand music hall.

In this project, I took inspiration from The Music Hall building itself. When I saw the holes and faded paint, I realizes that there are memories recorded in the wall. So I wants to turn back in time and bring that former glory back by using the perspective of a little creature living in the wall. I imagined the families of mice living in the cracks and crevices. Watching the performances and passing the stories down through the generations. The result is a paper theatre, a miniature mousy version of Wilton's.

Not just the architecture or the painting  [artwork used in the toy theatre] that was the inspiration, was  from the original building. I also researched the famous performers of Wilton's and change them into mice (see below...) 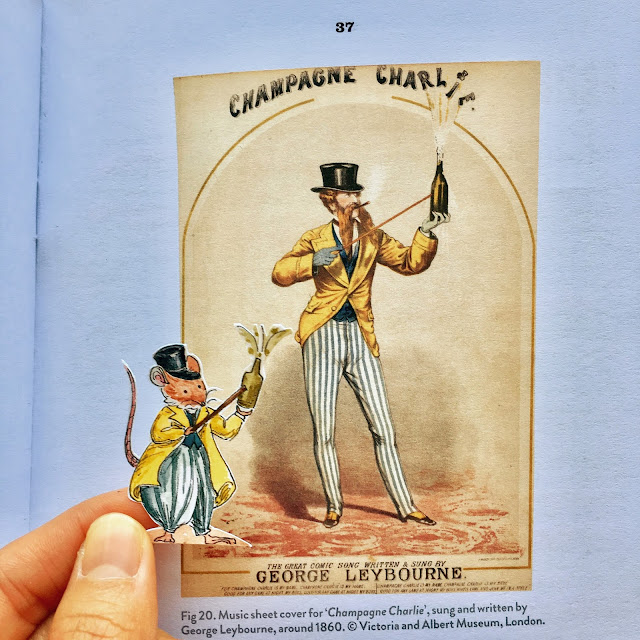 Speaking of which, the Les Enfants Terrible were at Wilton's Music Hall just last month. I wish I had known - they look amazing! I definitely would have shown them off and tooted the horns for them here, in advance!